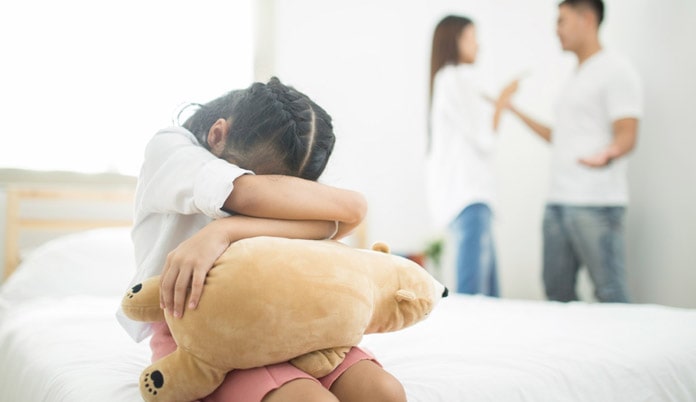 5 Things Non Parents Should Say To Their Children

Parents sometimes end up saying things that they later regret. These words might come out of their mouth in the heat of the moment which are not just upsetting to them later but leave scars on the hearts of the little one for lifetime. It is not that parents intentionally want to say something bad but its just that they say things out of anger or because they are upset.

In this post, we have come up with 5 such things that a parent should never tell their kid. These things that we have included in this post can be extremely upsetting for children and always hurt them as they stay with them, deep in their hearts. So make sure that you never ever speak such things to your little ones even by mistake as they can adversely affect their behavior for life.

You are good for nothing

As parents, you must work on developing the confidence of your child and if you will make such remarks on your baby then his confidence will be shattered for life. If he has done one mistake, it doesn’t mean that he is stupid or he can do nothing in life. Such a statement coming from his parents is heartbreaking.

I wish you were never born

Parents can never mean such a thing but they sometimes end up saying a harsh thing like this. They could be upset or angry but they definitely don’t want to hurt the apple of their eyes. When such words fall on the ears of a child, he starts feeling that he is of no importance to parents. No one loves him in this world. Statements like these work as seeds for problems like dejection, anger, depression in children as they stop loving themselves for what they are.

No chocolate until you are done with your homework

Putting such kind of conditions is a very common practice with parents. They always tend to create a relationship between reward and action. In this way, you are inculcating a bad habit in your child. He would always look forward for some kind of reward before doing anything. Without conditions, he would never try and make efforts. So avoid doing such things. You have to motivate them to do things in a more positive way.

Why Can’t You Be Like Your Friend or Sibling

Comparison is just not recommended but we all do it all the times. Each and every kid is special in its own way and we must respect that. If you will keep on comparing your child with his friend or some of his cousin, he will start doubting his own self. He will feel that he is no good that’s why he is always under constant comparison.

Why Do You Always Hurt Me

Children never have the intension of hurting their parents but because they are small, they don’t understand things, they often hurt them. Parents need to be mature enough to understand that their children would never do such a thing and if they have, it is by mistake. This would again make the child feel that he is not a good baby as he is hurting his parents.

These are a couple of things that all parents say at all times without thinking about the impact such things have on their children. As parents, we have to be more patient, understanding and mature when we are dealing with little hearts and minds otherwise the damages that we are doing today will take a bad shape tomorrow.